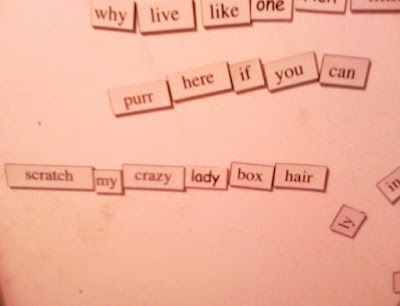 when i was younger i chose my superpower: to turn invisible
invert myself into a shimmering silhouette, the kind you see
on television so the audience doesn’t lose track.
i thought it would be easier than flying, which seemed
unreliable; the fear of learning to drive already within me
and the mind-reader’s burden of brutal honesty was frightening

when i was older i realised not all girls looked at jessica alba
the same way i did, sneaking pictures of james cameron’s leather
feminism, wet from a nineties printer and hidden under my pillow.
in school, another jessica;  i braced myself through bullying
for the thrill of her cold blues eyes on mine.

at university when the term “fag hag” didn’t seem problematic
i danced on stages, occasionally meshing faces with the soft-lipped
skin of other women and feeling rebellious. watching the l word
and crying over shane, an indigo girl cliche. in the morning
brushing vodka from my breath in the bathroom of a girl
with an unplaceable accent, i thought finally i had arrived.

i never used the term bisexual to describe myself,
learned to look down after an ex-boyfriend read the pronouns
of my poems, watching the revulsion run through him like an
electric current. A curdled confession at the kitchen sink,
my mother kept on cooking dinner and said nothing.

And now it feels too late, i’m a double agent mistaken frequently
for the whole of my half, and the media still laughs and uses words like
“girl crush” to hold us at a verbal arms-length. My boyfriend chuckles
when i choose a female would-you-rather, an expanse of space
between us as he waits for me to backtrack. To him the joke
is what the guys on offer lack,


rather than what these women have.