What Are We Returning To? 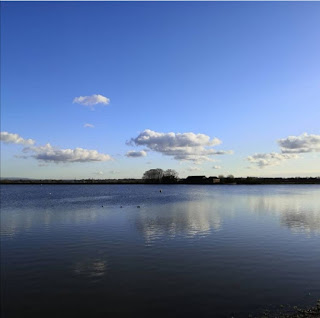 It is a truth universally acknowledged that when talking about the pandemic, everyone must look to the ground and commiserate at what a scary, unsettling and fraught time this past year has been.

And it has. Over 100,000 dead in the UK alone. Not just numbers but real people; your grandparents, parents, siblings, children. Humans that would have existed for any number of years before the virus everyone on television loves to describe as “unprecedented” ravages communities and strips us of sustained, close contact with those we love. It’s unfathomable.

As the third national lockdown continues, it also feels like it could end at any moment. Those in power play with our lives, sending us back to work on buses and trams full of coughing, unmasked nonbelievers. The media berates us for our complacency as the government forces millions to survive on severely reduced paychecks, if we are lucky to have paychecks at all. I got paid £525 from my first job this month, 80% of minimum wage, and I immediately transferred £425 of it for my rent and wanted to cry.

Despite all of this, I can’t help but dwell on what I will be returning to once the world becomes safer to move around in again. Up until March I was supplementing my 20 hour permanent position with casual shifts, often working over 45 hours a week to try to bolster my income to something resembling a starting salary. The hustle is real, I would reply to messages asking me if I was free for a coffee, as I mentally calculated how much money I would need to cover the month and save for a better future.

I turn thirty three years old this week and live in a houseshare with three other people, where the roof leaks in places and cold air seeps into my bedroom through poorly insulated windows. I am not going to bless my mother with a grandchild, and despite doing my best to save money over the last six years, I still don’t have enough for the deposit on my own home. I estimate another ten years. I never thought my ultimate goal in life would be the lifelong debt of a mortgage, and more-so I never thought that such a dream would in time disappear in the rear-view mirror of a car I can’t afford to insure and keep on the road. I haven’t even taken my test.

I am incredibly lucky to have many things others have lost. A roof over my head, for one. And despite being a lowpaid worker, I am not a keyworker. My heart aches for the supermarket staff and their unrecognised bravery and perseverance over the last year. Many people are surprised that the most valuable parts of the workforce are often the most underpaid. Before the general public urgently needed milk and toilet paper, did they barely think of these people as people at all?

But I can only write from my own experience. Despite the horror, the pandemic has also given the most precious of gifts: time. It’s repaired my relationship, which would have burnt to a husk without the opportunity for togetherness. I no longer feel the urgency of trying to make two nights a week of “quality time” seem enough, especially when you finish work at 7pm. I can’t see my parents or go on holiday, but I couldn’t afford to do either when I was working. I’m a bookseller, and now I finally have time to read books, which is actually quite an underrated part of the role. The second job I took on in April saved me from financial ruin and let me work at home, flexibly, with care and understanding. For the first time in my adult life, I don’t feel like I am constantly trying to catch up with myself.

Before Covid hit, I woke up every day in pain. A back injury I sustained at sixteen had left me constantly feeling like I was being stabbed, and hours on my feet meant that my spine was on fire by the end of each day. For over a decade, I simply endured. And I was exhausted, so so exhausted. I’m not ashamed to say that I’ve enjoyed being able to sit, stand and bend without wincing. Having a heavy period and being able to answer emails from bed with a hot water bottle rather than work a twelve hour shift has been an even bigger blessing. Furlough is difficult, but still better than the situation before: if I didn’t work, I didn’t get paid.

It’s not that I’m entirely reluctant to go back. I miss my friends terribly, more than my naturally introverted self often admits. I want to play board games around a large rowdy table, or meet my mates at the pub for a non-alcoholic beer and terrible puns. I want to treat myself to some Primark knickers and visit an art gallery. I miss the extravagance of a takeaway coffee.  I want to go outside without worrying about the potential virus lingering on my hands and clothes when I get home. And I do thrive under a routine, but a realistic one.

In February my housemates joked that I was always at work, and I was. I defined myself by it, because when you’re a low paid worker you go to extra lengths to prove to the world that you’re not unmotivated or lazy. Don’t call in sick, and work through the pain. It took me months to make my peace with doing nothing all day during the summer, despite constant messaging that staying in doors doing nothing was in fact, “doing your bit”. When I am tired or overwhelmed, I don’t have to be anywhere or force a smile.

When this directionless, drifting stage of our lives ends I wish for a better work/life balance. I am a strong supporter of a 4 day week and a livable wage. I want to sit down when my body refuses to carry me any longer. I want to finish work when it’s still light outside. I want time to cook a meal and time to let it digest before I go to sleep. I want time to read, time to explore, time to love. Time to be.